In this video and blog, we are going to explore:

After watching the video and going through this blog, you will be able to identify your values and see how they impact your child’s learning, so that you can then actively choose what values to expound.

We all have values. These are what guide our actions and help us to determine what to do when situations arise. For example, if you find £50 on the floor, you may hand it in to the police station rather than pocketing the money, as you value honesty and integrity. If you have an argument with a co-worker, and it is their birthday, you may still send them a card and give them the gift you bought them, as you value kindness and friendship.

It thus goes without saying that we want to instil values in our children. However, it begs the question: how do our values affect our children’s concentration?

To ascertain how our values impact our children’s concentration, it is important to define what we mean by values.

Looking at the etymology of ‘values’, it comes from Latin valere meaning “be strong”, which altered over time to the old French valoir meaning “be worth”. Thus, values can be defined as something we feel strongly about and what we deem worthy.

Since we have seen that concentration is strongly linked to how we feel, it is therefore little surprise that our values have an integral link to levels of concentration.

2. How our values impact our children’s level of concentration

When encouraging our children to complete their homework or to study, we often lose sight of the child; we place greater importance on the task. This is not what we mean to do, as we value our children more than the work itself, it is just that we see the work as valuable for our children’s future, and so focus on that.

So, how can we ensure that we place value on our child rather than the work? Firstly, if we want our child to pay attention and concentrate, then we must give our child the appropriate attention. What does that look like?

Focusing on your child. 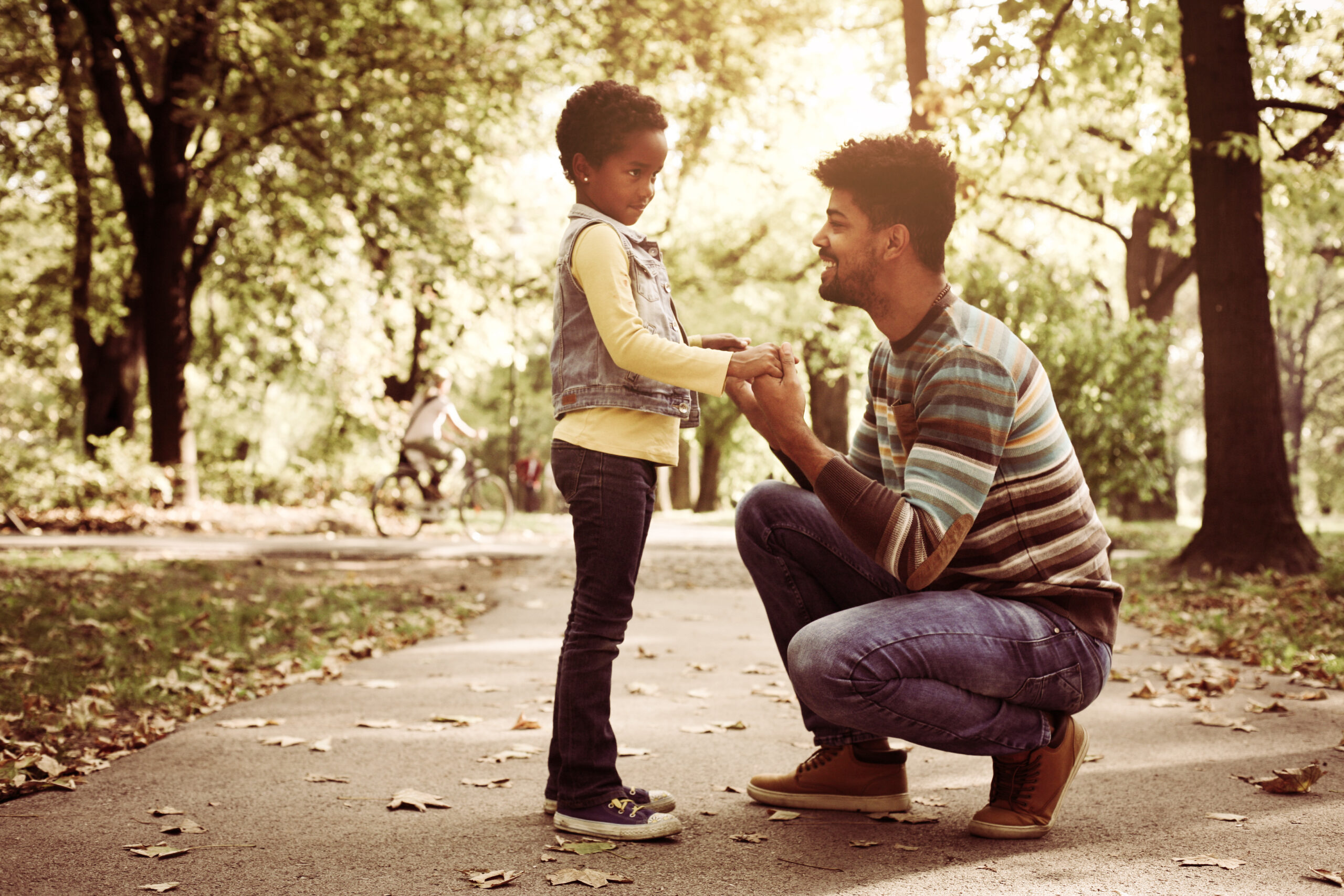 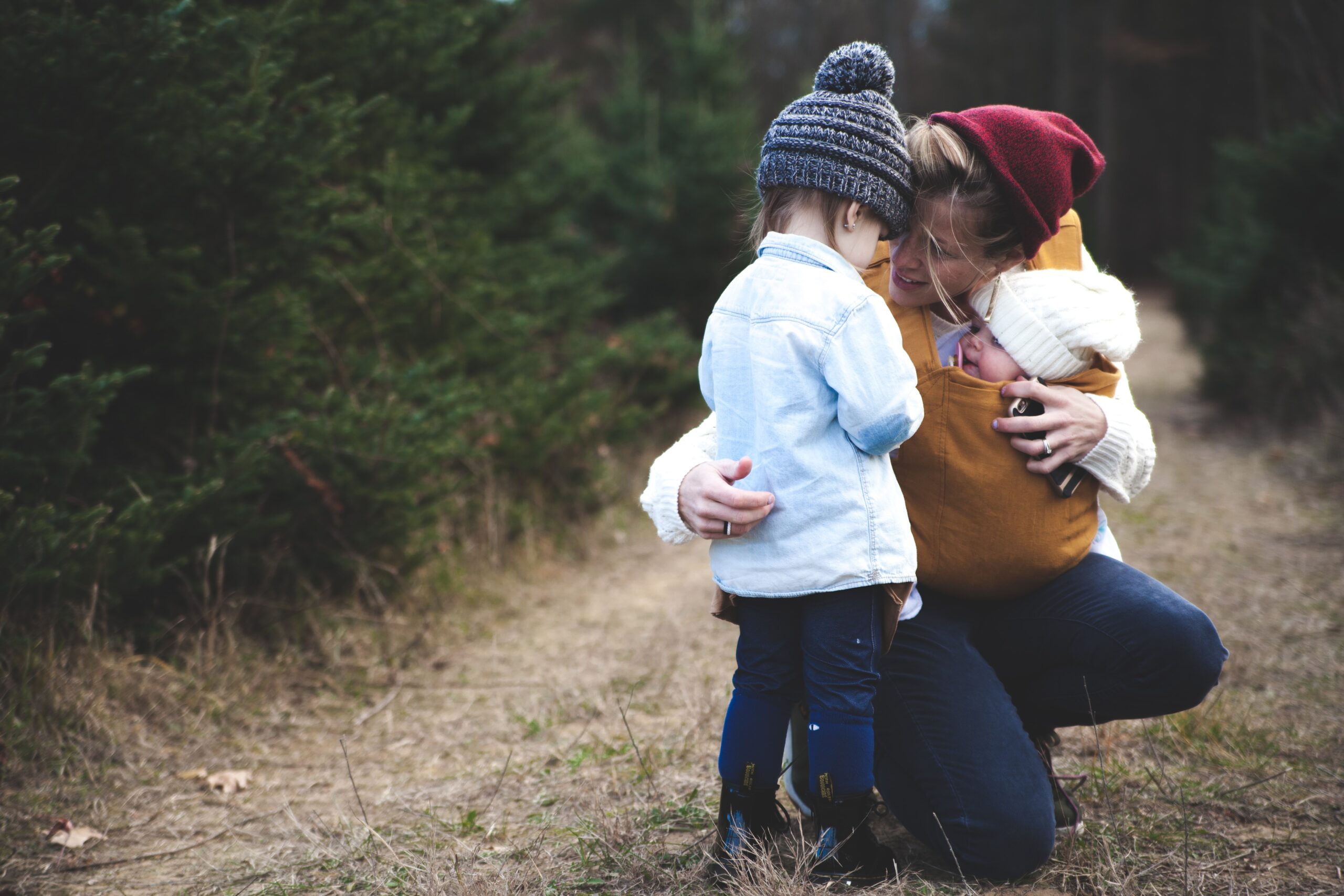 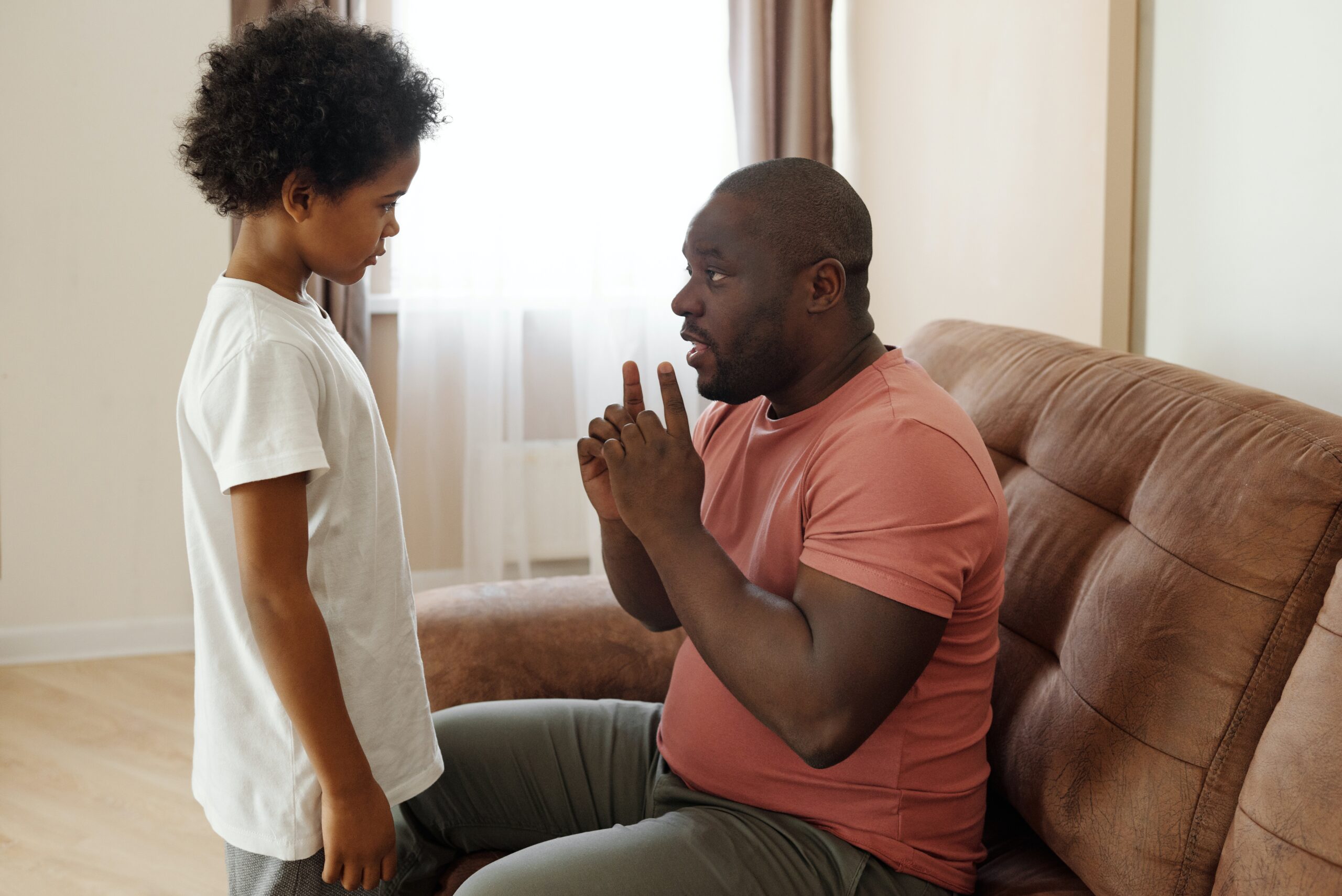 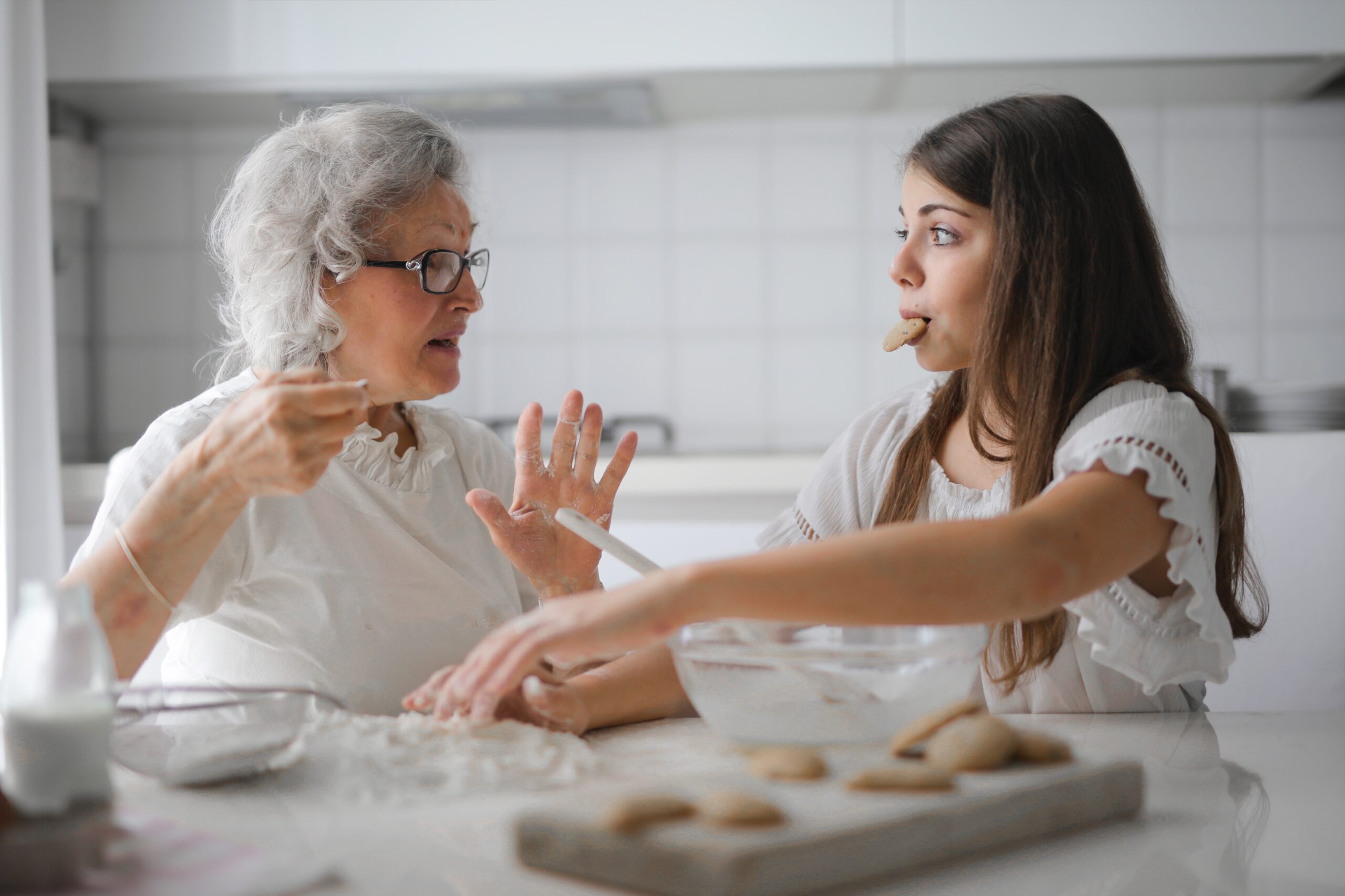 Focusing on your child.

Give attention to get attention! If you have more than one child, ensure you focus on one child at a time. Make sure your phone and laptop are not in the way so the child can see that you are giving them your undivided attention. Equally, make sure you are not in the middle of something else, such as cooking, cleaning or working. This is not to say that there will be times when you will require your child to listen and pay attention while you are doing something else, but when you are establishing a routine; or, when you are wanting your child to do something you know they struggle with, then it is crucial that you do spend time creating the space to give one-on-one attention.

If you are on your child’s level, it creates intimacy and lessens the power-play, as you are not above them looking down.

This is crucial as it helps the child to ‘read’ you, since non-verbal communication adds meaning to what we say. Thus, if we are giving our child eye-contact, it shows that we are focused on them; it also serves as a cue that we want their attention too. It may also help you to refocus on what you are valuing in the moment – your child! Looking in their eyes, it is difficult to not ‘see’ your child, so you do not lose focus and make the task more important.

If a child does not make eye-contact with you, do not turn it into a power play. How many times have you heard a child say, “Look at me while I am talking to you.” ? This might be because it is something that adults value, but not a child. So, do not think that it is your child being defiant or unruly. Encourage them to look at you by asking them to do so. If they do not, be clear, but try to make light of it by saying, “Talking to the back of your head is very nice as I do not often see your beautiful hair from this angle, but I would much rather talk to (INSERT THEIR NAME)”.

You can also explain that by not looking at someone it is difficult to have a conversation and use a role-play exercise. For instance, ask your child to take on the role of a friend. If they refuse, use their toys. Have your child (or one toy), be the friend and you ask them, “How are you today?” Then, have the other person reply with no eye-contact, “I’m fine.” Demonstrate that there is no way of knowing that; play it so that on one occasion the child/toy is not fine. Explain how eye-contact would allow you to see if they were feeling upset. Then, have it played so that they are fine; that they are happy and by making eye-contact it allows you to share with them that joy.

Rather than giving your child a huge list of instructions, chunk it down so that it is manageable for your child to understand. This prevents them from feeling overwhelmed, as well as helping them to retain the information. You are thus setting them up for success in following your instructions.

By giving your child your attention, you are demonstrating two values:

However, we cannot simply consider our values in isolation. It is equally vital to consider the values of our children, as they will have things they feel strongly about and that they deem worthy. By tapping into this, we can then encourage them to concentrate as they will begin to see the value in what we are asking of them.

3. Ways we can expound our values in our children’s learning.

The most fundamental way in which we can expound our values in our children’s learning is by considering what they value.

For example, Ben, aged 6, is autistic. He values competitive games and receiving praise. He is also passionate about numbers and trains. Ben was having tuition one-to-one, but due to the current situation, we had to transition to online tuition. However, there was the challenge: how to transition to online lessons without alienating Ben?

Knowing and understanding Ben’s values, it made it easier to make the transition. First, we utilised a platform that was easy to navigate. Having an emoji bar allowed him to receive clear praise with the thumbs up and smiley faces, so he could see when he had done well. The sad, crying face allowed him to clearly see when he had missed the mark. This gave him clear, concise feedback that requires little effort, on his part, to understand. Furthermore, using ‘screen share’, we were able to create a game with his learning by using ‘Paint’ to create a table with both our names. We then raced to find information from the comprehension and write the answer quickly.

Initially, Ben was reluctant to write and disliked English. Understanding that he values Math, we would start the sessions with some Math. We would then segue into English and would choose topics that were of interest to him, such as reading passages about trains. We would then count the number of adjectives in a sentence. This would lead to a question that required Ben to write a sentence. All of this proved fruitful, as Ben enjoyed the sessions so much that he began requesting to do English and play the game.

Another student, Lara, detests Math and sees it as a waste of time due to the concepts being abstract and unusable in day-to-day life. She highly values baking and cooking. Tapping into her passion for cooking, we were able to integrate Math into her kitchen escapades. Without realising it, she was doing mental Math with ease! When it was brought to her attention, she was elated and was willing to attempt her Math work.

It is also worth noting that our children may value different activities to ourselves. If this is the case, why not attempt to consider what is valuable to them? By doing this, it reinforces that you see your child as valuable, as well as emphasising your own values of family and connection.

Lots of teenagers and young people value video games whether it be on PC or on console. Rather than judging it as a waste of time, why not pick up a controller and play with them? Many games are highly sophisticated with intricate stories and game playing that advances children’s vocabulary and creativity. Moreover, as children are interacting with their friends, they are developing their social and emotional skills.

What is more, although we have our own ideas and values about success and happiness, these should not blind us from our core values: love, connection and compassion. Robert and Trude Steen thought their son Mats was wasting his life playing ‘World of Warcraft’; however, after his untimely death, they were astonished by the name he had created for himself in the online world, and the number of people he had inspired in the gaming community. As Robert Steen himself stated, “we should have been more interested in the game world, where he spent so much time”, rather than trying to force him to fit their expectations of living a “traditional” lifestyle.

Here is the link to read the article in its entirety:

Values can be seen as what drives our actions; we feel strongly about them and deem them worthwhile. By staying true to our values, we are able to create connections with our children.

In terms of children’s concentration, if we can creatively tap into their values, we can nurture and foster a love of learning.

Moreover, by discovering what your children value, you may gain greater insight into them and their world, which is invaluable for your relationship.